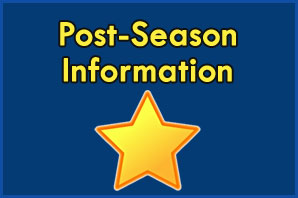 Welcome to the AYSO Region 122 Post Season/Tournament Team Season. We are pleased to consider your child for Post Season/Tournament Team play. As you may already know, participation is an honor and privilege, not an entitlement. Along with the honor and privilege of Tournament Team selection come responsibilities and commitments. In order to enable you to make a fully informed decision to proceed, this document provides some basic information about Post Season play and describes the nature of the commitments that are expected from the players and their families. In addition, we ask that you complete a very basic questionnaire to assist us in the selection process. For more information you may contact your Division Administrator.

The All Star teams are selected by the All Star Coaches in November and usually begin practice in December. The Area All Star Tournament is held during the 2 or 3 weeks in the latter half of January; all players on the team must make a commitment to be available for this Area All Star tournament. The Coach, with input from the parents, will decide how many other tournaments to enter between December and June. The tournament season usually ends with our own SB Splash Tournament in early June. Each tournament, with the exception of the All Star tournament, requires a registration fee and referee deposit. (Splash allows SB teams to play gratis). The average number of tournaments per team is 6-8, and the average fee is roughly $40-50 per player per tournament. If the team’s parents do not fulfill its Referee requirement, then there is a substantial added fee. All fees are paid by the parents of the players (as are the cost of the uniforms) usually in a lump sum prior to the start of tournament play as a deposit into a SB AYSO sub-account for the team. If there are funds remaining in the subaccount after the final tournament, a refund is given to the team. SB AYSO is not able to offer scholarships for All Star play. Any food and travel expenses are paid by the participating players, as are the costs of any optional equipment such as backpacks, jackets, or sweatshirts. Many teams will decide to travel to a tournament far enough away (eg, San Diego) to require overnight accommodations. In such circumstances, the financial strain is often softened by pooled rides or parental chaperoning so that not all parents need to travel. Tournaments typically involve 2 games on Saturday and 1-2 games on Sunday. The great majority is within an hour’s drive, allowing for Saturday and Sunday morning travel, though often with very early departures. Select teams have an identical format, except they do not play in the Area All Star tournament in January.

Any player who played at least half their team’s regular season AYSO games is eligible. EVERY PLAYER interested in Post Season play, whether on an All Star or Select team, MUST SUBMIT an application. All Star teams are chosen by the Coaches, and only by the Coaches, at a Selection Meeting to be held in November. Select teams are chosen by the Select Coaches in early December. Coaches will observe interested players and may speak with the parent(s) but there may not be any commitment made, for either an All Star team or a Select team, prior to the Selection meeting. Parents should not approach the All Star Coaches to discuss the interest of their child in participating. If your child is selected you will be contacted by the Coach shortly after the Selection Meeting. Any player rejecting an invitation to be on an All Star team is absolutely ineligible to play on a Select team, or to play for any Post Season team for any purpose during the entire Post Season.

In exchange for the honor and privilege of representing Region 122, each player and their parents/guardians are expected to make the following commitments: